How to style the Goth/Alt trend

Forget what you think you know about the ‘goth’ trend. This latest iteration of the timeless subculture puts a bigger focus on style over sadness. So grab your edgiest outfits and come join the Black Parade.

How Alternative/Gothic styling has changed over time

The first iteration of Gothic fashion was born between the death of Punk (in the 70’s) and the rise of 80’s cheesy pop culture. During this time, artists such as The Cure and Souxie and the Banshees began to offer a new wave of counter-culture. It featured darker themes and a melancholy tone, with a softer approach than the fast-paced, angsty punk-rock of the time. With the wave of new music, a more romantic style ushered in too.

Punk clothing lost it’s edge and in its place came a waft of lace, smudged eyeliner and draped attire. But what was goth then, isn’t exactly accurate to goth now.

Robert Smith, Dita Von Teese, Taylor Momsen and Travis Barker; all names you might link to alt/goth fashion, but all completely different in their execution of the trend. Why? Well, a big part of the differences comes down to generational changes. You see, goth at its heart has always been an anti-culture of sorts.

Goth was made for the outsiders. What makes someone ‘different’ in the eyes of popular culture changes rapidly. Goth has naturally morphed overtime to encompass the new ab-normal.

What was considered as different when the likes of The Cure peaked, was men in dark eyeliner and unapologetically shabby attire. These days, it’s more acceptable for men to wear makeup and of course, we’ve all had days where our outfits look like we’ve just rolled out of bed. There’s even a sub-category of ‘shabby-chic’ clothing, but that’s a topic for another day.

So what’s edgy by today’s standard? This can be a little harder to define.

Since the advent of the internet, we’ve all been segmented into social bubbles. What is cool to some is weird to others, but when we’re online we often only get shown niche content that algorithms have curated for us based on our own tastes. So if we were to fall down a trend rabbit hole, an alternative look that is far from the current zeitgeist may seem rather mundane.

Which leads us to the current Alt/Goth trend, which has become a hyper-curated parody of itself in some respects.

Gone are the days of lifestyle counter-culture, modern alt/goth takes the extreme style hallmarks and turns them into a performance. It’s the same theatrics you know and love, just a little most fashion-focused.

Goth and alternative fashion used to be intrinsically linked with music. That isn’t always the case these days. You certainly wouldn’t get called a poser for dressing goth yet listening to pop music – which would have been a cardinal sin back in the day.

Today, in a world obsessed with fast-fashion, just the act of dressing goth is enough of a rebellion and the added juxtaposition of consuming popular culture in other areas of life makes it all the more authentic. In a way, goths of today rebel against the goths of yester-year. That’s why micro-trends such as soft-goth and pastel goth have spawned away from the bigger umbrella.

How to style your Barneys Originals for the Alt/Goth trend 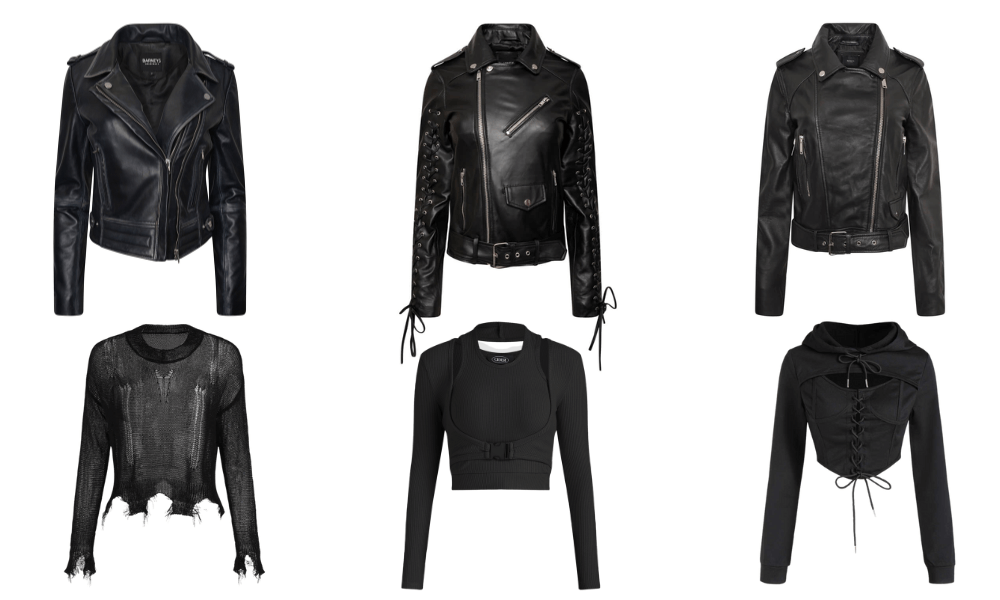 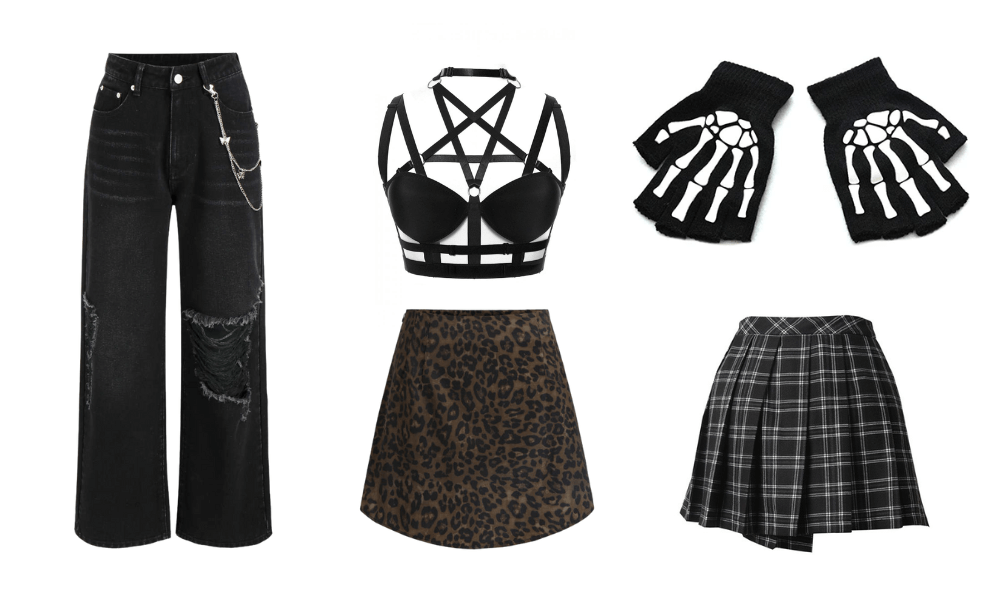 When it comes to styling your Barneys Originals leather jacket with an alt/goth twist, you’re able to have some fun. The classic leather jacket is an excellent base piece that really sets the tone for any gothic influenced outfit. Our top picks for this trend would be our washed leather Beppe, our laced sleeve biker and our classic emma luxe biker.

It sounds cliche to suggest sticking to black, but you really can’t go wrong with it. Some gothic fashion brings in red and purple, but when sticking to black you can experiment with print to break up your look. That’s why we’ve suggested styling old school plaid and rebellious animal print. They add a playful element to any ensemble without steering too far into other trends.

One key feature from modern alt/goth outfits is the use of texture; lace, chains, straps, buckles. This has been seen before, but for modern goth accessories such as body braces are a cornerstone piece. Don’t worry if you’re a little more modest, most people layer them with camis and t-shirts so it’s not as daring as you may expect.