Icon. Genius. A bit of a nob head. All can be used to describe the Sheffield Shakespeare that is Alex Turner. Whatever you think of The Arctic Monkeys front man however, there is no arguing that his style has always been unquestionably on point. From their debut album through to Tranquility Base Hotel and Casino and all the eras in between, come with us on a journey as we explore the fashion evolution of rock ‘n’ roll’s most well-dressed man. 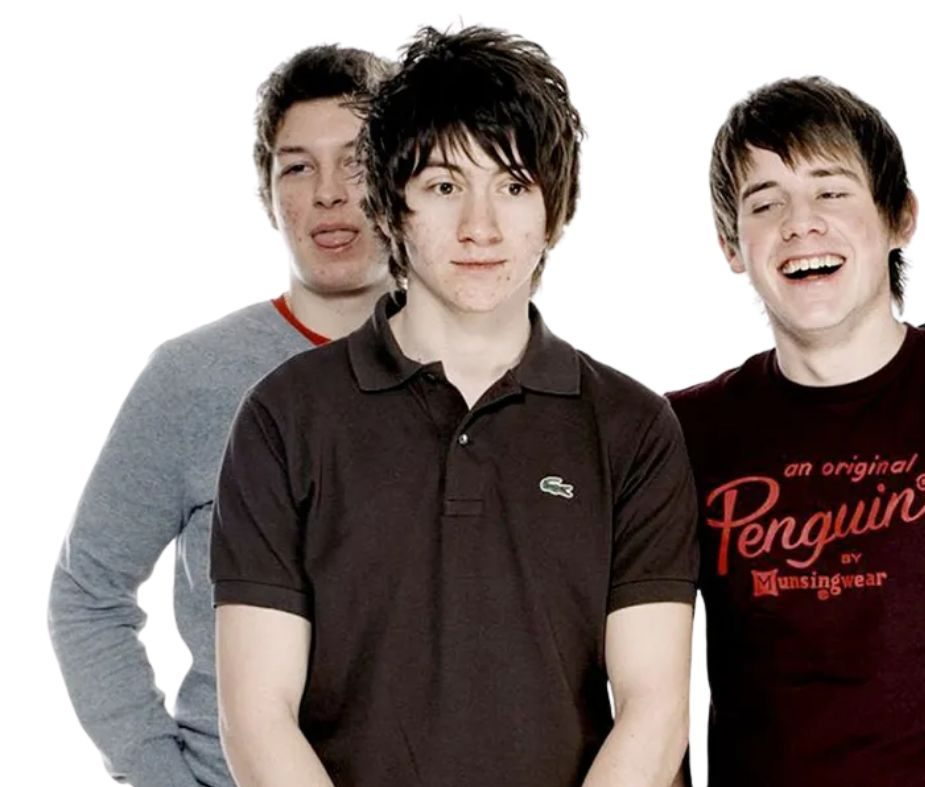 It’s 2006. The world was going mad for the hit comedy Borat whilst Justin Timberlake and the cast of High School Musical dominated the radio waves. Yep, it was a pretty bleak time. Pop culture needed a hero and it got 4 in the shape of the Arctic Monkeys. Very nice (Borat voice). Dressed like a couple of lads from the local estate, Alex and co burst on to the scene with Whatever People Say I Am, That’s What I’m Not.

Apart from giving us the biggest mouthful of an album title ever, they also transformed the landscape of modern rock and inspired a generation of working-class young men who now saw music as more accessible. Baggy jeans, polo shirts and Adidas sportswear were the choice of the day for Alex, only adding to the ‘boy-next-door’ appeal. The only thing that arguably let young Alex down was his Gallagher-esque Barnet which fortunately did not last for too long, eventually growing out to the more ‘au-naturel’ long locks of the Favourite Worst Nightmare years.

This was another great album for the boys that won wide applause from fans and critics alike. That being said, the band’s style didn’t alter much from their first record. The first major shift came in with their third album, Humbug. 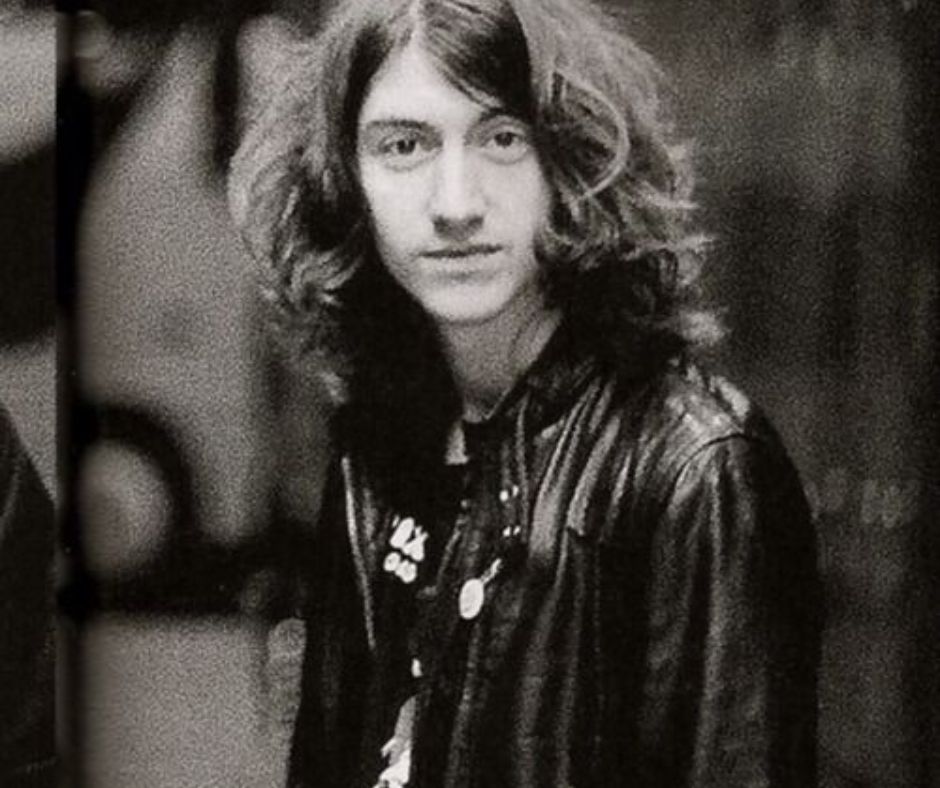 After the early success and meteoric rise of The Arctic Monkeys, the band turned to Queens of the Stone Age front man, Josh Homme, for their third album, Humbug. Homme helped influence their new dark, ominous sound as well as their new outfits. Gone were the Adidas trackies and wide cut, baggy jeans. They were replaced with fitted denim, and you guessed it, leather jackets. His hair had grown into a luscious, long mane that still lives rent free in our heads to this day.

Alas, the album proved a huge success, yet again. At this point though, Turner and the band were only just dipping their toes into American culture and fashion.

Birth of the Greaser 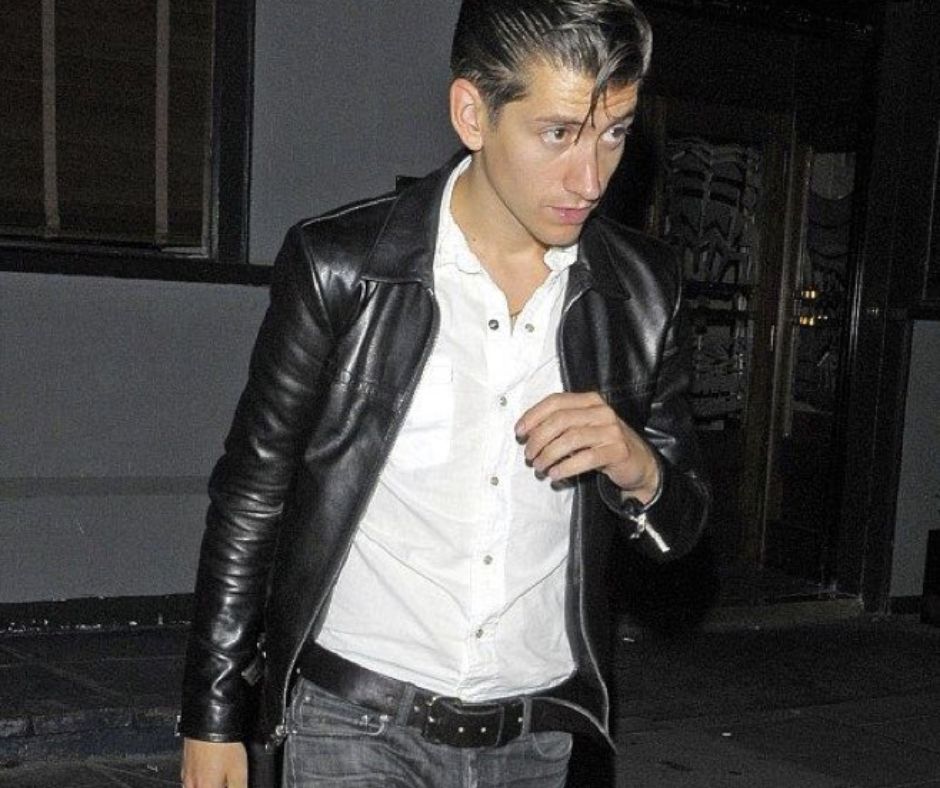 With the arrival of their next two albums, ‘Suck it and See’ and ‘AM’, Alex was completely submerged. When you think of Arctic Monkeys, this iconic look is probably the first to come to your mind. Turner went full 1950’s greaser and boy did he do it in style. Black skinny jeans, dress shoes and aviator sunglasses were added to the ensemble, enhancing the all-American aesthetic.

The key piece however was a leather trucker jacket (just like ours here) over a plain white T-shirt. There’s something about the simplicity of the outfit that just makes it so effortlessly cool. Turner’s hair at this time was a thing of beauty. The locks were cut short and styled into the classic ‘Elephants Trunk’ shape.

As a teenager during this era, I’m not ashamed to admit that I tried and failed to replicate this look on so many occasions. 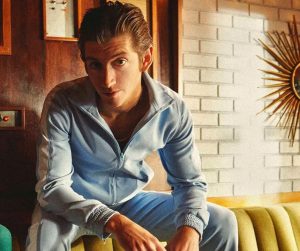 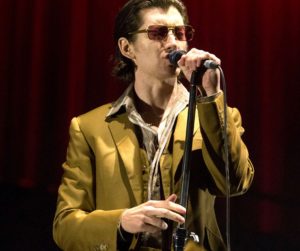 After spending time out to work with best bud and ‘The Last Shadow Puppets’ co-star, Miles Kane, Alex always seems to come away rejuvenated and with his style pushed forward. Following this pattern, Turner went from a 50’s heartthrob to 60’s Italian mobster when the two paired once more for the 2016 album, ‘Everything You’ve Come to Expect’.

Unfortunately, the leather jacket was ditched and replaced with velour tracksuits and bold colourful suits matched with smart loafers. We hate to admit it but damn, he still looked pretty cool. This trend continued with the sci-fi themed album, ‘Tranquility Base Hotel and Casino’ were he sported a longer, slicked-back hair and also a neatly trimmed beard for a while. However, the least said about the beard the better. All in all, Turner’s fashion matched the surreal, psychedelic aesthetic of the 60’s – the same energy he was trying to convey in the record.

With a new album on the horizon, maybe Alex will give us his take on the 1970’s this time around. All we know is that whatever he does, he’s sure to do it in style.

Newer Antiques Clothes Show: Best of the Barneys Archive
Back to list
Older How to nail the ‘Clean Girl’ aesthetic