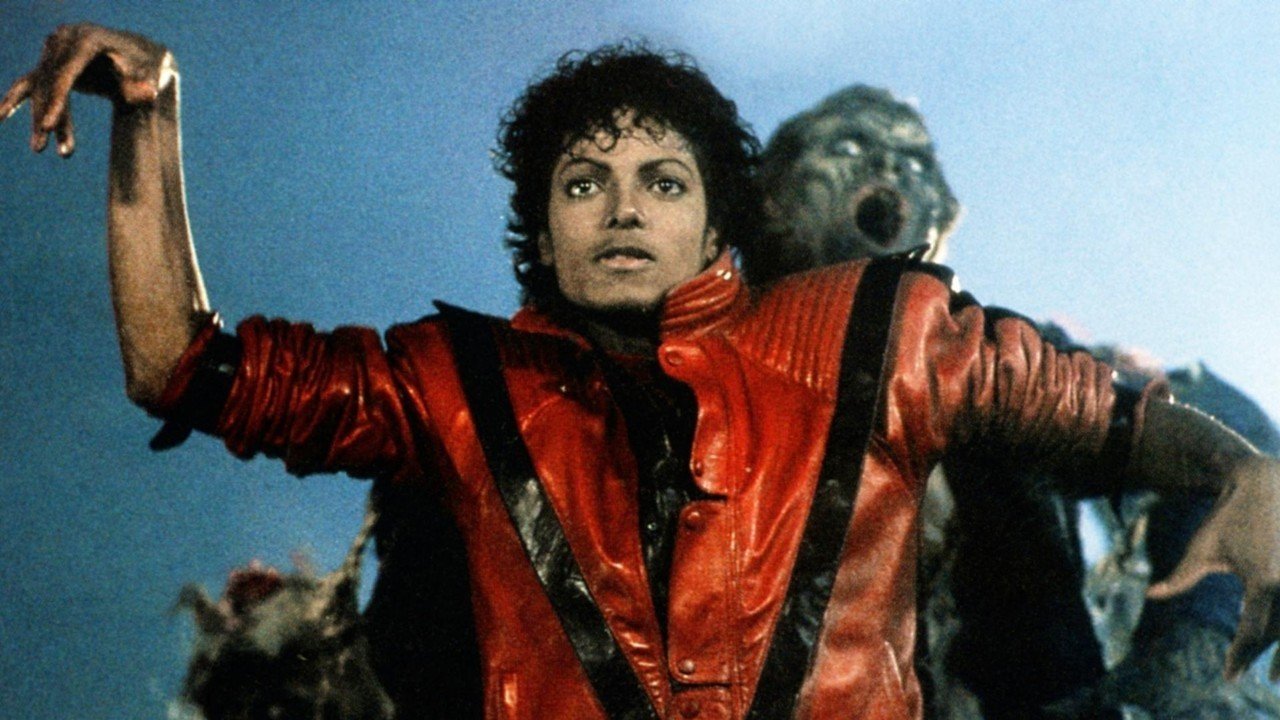 Well, Barneys Gang, It’s that time of year again. The nights are drawing in, the leaves are changing colour and leather jackets are returning to their natural habitats. That’s right folks, it’s officially Spooky Season (insert evil witches cackle here), and what better way to celebrate than to take a deep dive into the spookiest music video ever created, featuring one of the most iconic leather jackets of all time. You guessed it, Michael Jackson’s Thriller. Buckle up gang – it’s history time again.

1983 was a very different time; Liverpool were winning league titles, the threat of nuclear war loomed large and the United States were being presided by an ex-TV personality… oh hang on a minute. More importantly, 1983 was an incredible year for music with David Bowie, The Police and Lionel Richie dominating the charts. However, the undisputed winner of 1983 was the one and only Michael Joseph Jackson, who’s Thriller album reached number 1 on the Billboard 200 on February 26th.

The record, which features such tracks as Beat It and Billy Jean, went on to hold the top spot for 36 consecutive weeks and remains the best-selling album of all time, with a whopping 66 million copies being sold around the world. Not bad really.

However, It’s the titular track of the album that we’re really interested in. Originally called, “Starlight”, the song was never intended to be the Halloween pop-culture anthem that we know today. Instead, the lyrics focussed on MJ’s relationship with fame and constantly being in the limelight. Thankfully, the production team led by Quincy Jones felt that they needed something edgier for the title song, to match Jackson’s evolving persona. Songwriter, Rod Temperton, played around with, “Midnight Man”, before settling on “Thriller”. Once the name was decided, Temperton went away and wrote the lyrics in a couple of hours and the rest, as they say, is history.

Now that the lyrics were written, it was time to focus on the video. Michael had seen John Landis’ film, “An American Werewolf in London” a few years earlier and decided to get in touch with the director. The pair conceived a short film with a budget that was much higher than any other music video ever created at the time. In order to get funding for the film, MJ had to agree to make a behind the scenes, ‘making-of’ documentary for MTV. In the end, the production cost around $500,000 making it the most expensive music video ever made at that time.

Furthermore, so scary was the video, Jackson (who was a devout Jehovah’s Witness at the time) was threatened with excommunication from the church for “promoting demonology”. As a result of this, Michael issued the now-famous disclaimer at the start of the film which reads, “Due to my strong personal convictions, I wish to stress that this film in no way endorses a belief in the occult”. Taking inspiration from, “Night of the Living Dead” and “Phantom of the Opera”, the film features a terrifying werewolf transformation and grotesque dancing zombies. Picture Salford town centre around 2pm on a weekday – sorry Salfordians; I’m one too so I’m allowed to take the Mick!

The video itself is incredible and its legacy lives on to this day. It completely revolutionised music video production, broke down race barriers for black artists and enforced the opinion that videos are just as much as an art form as the song. Yes, John Landis’ creation was an undoubtable success. However, as I’m sure many of our male readers will appreciate, the video wouldn’t be anywhere near as iconic without the influence of John’s wife, Deborah Nadoolman, who designed MJ’s legendary outfit.

A true figure of movie and fashion royalty, Nadoolman also created the iconic costumes for Indiana Jones and The Blues Brothers. That’s one heck of a CV right there. Yet the crowning jewel of her collection has to be the Thriller Jacket. With its angular, rigid shoulder design, black stripes and famous bright red colour, the jacket was designed to make Jackson stand out in the crowd of zombies whilst also making him appear virile and full of energy. Quickly after Thriller’s release, the jacket became synonymous with cool – swiftly becoming the most sort after piece of outerwear during the 80s. In 2011, one of only two authentic jackets made for the production was auctioned off for $1.8 million to none other than Lady Gaga of all people. She described it as, “the greatest piece of rock and roll memorabilia in history”. In fact, it turns out that Gaga is actually gaga over MJ, with the super fan owning over 55 pieces of Michael’s property – including his Swarovski-encrusted crystal glove. You can read more about her collection here.

Ultimately, Thriller was a masterpiece. From the music and the lyrics to the costumes and choreography. It’s no wonder that millions of us still watch it every year, especially as the nights start to get spookier. If you’re looking for some more THRILLING entertainment, (see what I did there?) check out this video of 1500 prison inmates performing the dance in the Philippines.

Finally, as we are approaching Winter and your gorgeous Barneys Originals leather jacket is coming out of your wardrobe more and more, it’s important to make sure your taking proper care of it. Check out our leather care kit to ensure your leather lasts longer.

John is the newest member of the Barneys team and takes care of our marketing and content creation. If you’ve been hyped up by us on Instagram before, it’s likely to be him behind the screen! As a journalism graduate and keen wordsmith, you’ll definitely find John frequenting the Barneys blog more than a few times. 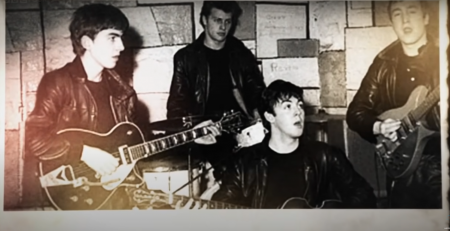 In the 1960s, four working class scouse lads got together and decided to make a band. They called themselves,... read more

Why is a leather jacket so expensive?

Breaking the fashion rules in 2021