The Rise of K-Pop and its Influence on Western Fashion

Cast your mind back to a decade ago- the year is 2012, London is hosting the Olympic Games, the final instalment of the Twilight Saga just hit our screens and the only real-world drama to be concerned with is that of an ancient Mayan prophecy – life is pretty good. And the soundtrack to all of this? That’s right, the one and only ‘Gangnam Style’ by South Korean artist, Psy. You’re singing it in your head now, aren’t you? Well, for most of us, the deliciously cheesy tune was probably our first foray into the increasingly popular world of K-Pop.

K-pop, however, is so much more than just a slightly goofy song from ten years ago. In fact, what was once just an obscure genre has transformed into a whole culture defined by dance, fashion, music and intense fandom. K-pop – which stands for Korean pop – has been around for decades in South Korea with the first official usage of the world being coined by Billboard in the late 90s. Inspired by the heavily choreographed American boy bands of the 80s and 90s, the K-pop movement grew rapidly throughout the early parts of the millennium and smashed into the global consciousness with the success of juggernaut pop groups ‘BTS’, ‘Blackpink’ and ‘Twice’ in the late noughties.

BTS in particular have smashed numerous records on their way to the top, becoming the first Korean band to hit number 1 in the US charts with their Grammy nominated song, ‘Dynamite’. This success led to four more number 1 hits and sell out concerts at Wembley Stadium and California’s 92,000 capacity Rose Bowl stadium. So yeah, its fair to say that they’re a pretty big deal.

It has to be said however that they could never have reached such heights without the following of their absolutely devoted fanbase known as ‘The Army’. Bordering on obsessive, these superfans use social media to spread the name of their favourite band far and wide, often creating performance montages and videos to help promote their idols to as many eyes as possible. It is such fans that have forced other K-pop cultural elements into the mainstream, purely through their devotion to the scene.

As in western music, fashion and K-pop goes hand in hand. With so many artists though, it is hard to nail down a single aesthetic to describe K-pop fashion. That being said however, it is usually characterised by bold colours, statement prints and over the top silhouettes. They say that imitation is the sincerest form of flattery and after being sported by the biggest K-pop stars, such styles are now taking over the world.

One of the main trends to come out of Korea is the re-emergence and popularisation of streetwear. Never since the early days of American hip-hop has fashion been so closely associated to a certain genre. Stars of K-pop can often be seen blending old school streetwear concepts such as logo T’s, bucket hats and athleisure with new ideas that speak to the Korean market such as pastel colours and androgenous designs. Gender fluidity is also incredibly popular amongst K-pop artists with many male stars often choosing to complement their outfits with make-up and more effeminate articles of clothing.

With its huge level of popularity, sudden emergence and influence on pop culture, one could certainly argue that K-pop is the new rock and roll. This is also reflected in fashion, with many icons choosing to sport the leather look. Here you can see AOA’s Seolhyun and BTS’s Jin dripped out in classic leather biker jackets. If you’d like to check out how others in the genre style their leather, click the link here. 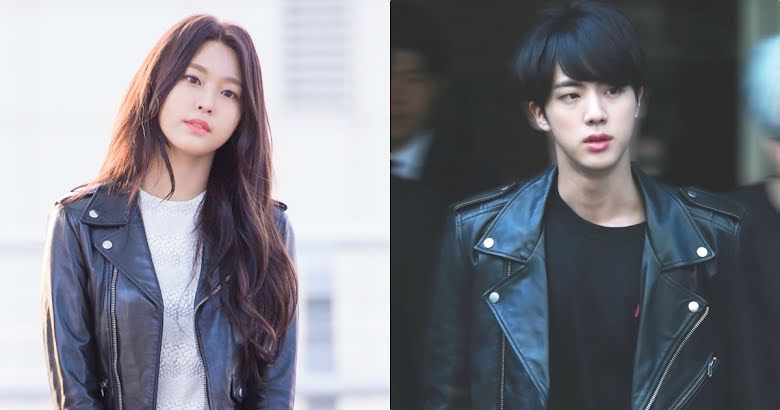 Like with most trends, it didn’t take long for luxury brands such as Moschino, Givenchy and Balmain to take note of the popularity of K-pop and its stars. In response to the growing movement, they have all created and produced high-end styles that were influenced by the spirit of rebellion and independence that K-Pop typically encourages.

Ultimately, the whole mantra of K-pop is about fun, high energy performance and that translates directly with its fashion. That is a message that we more than relate to and if you’re interested in the culture and style of the movement, it’s important to keep that in mind. However, it has to be said that behind the K-pop machine, there are corporations and labels that are taking advantage of its stars and are only in the business for a pay day. Just be sure to remember the key essence of K-pop if you choose to channel the style.

Back to list
Older How to Style a Leather Blazer