Is Emo Fashion Making a Comeback in 2022?

Subcultures may seem like a thing of the past. In-crowds of people connected by style and music. How many people do you know that give themselves a label such as punk, townie or emo? I’d bet not many.

In a world where we’re more connected than ever, the gap between niche and mainstream can be closed with a few clicks and an accidentally viral video. Someone recommends a small business and suddenly they’ve sold out of their goods; everyone who is anyone is wearing the must-have items. It’s a matter of being part of mini moments, rather than a greater community.

Trends come and go in the blink of an eye. Subcultures don’t really have time to embed.

That’s why we’re surprised to see the sudden resurgence of emo.

At the risk of exposing myself to everyone in the Barneys Originals office – I was once very much ’emo’. Though I doubt I’d have admitted that at the time. Think miss-matched converse chucks, skinny jeans and dramatic fringe. The starter kit, some may say.

And yet, all of those things that would make me cringe at old photos seem to be creeping their way back into the collective conscience.

Where did it come from?

Well, on the surface, we’re likely to look at modern style icons who pave the way for new trends. Women such as The Kardashian sisters and Megan Fox have been photographed while wearing hallmark styles from the peak of emo; with Kourtney Kardashian particularly influenced by her new beau Travis Barker. For those not in the know, Travis Barker is one-third of iconic pop-punk band Blink182. 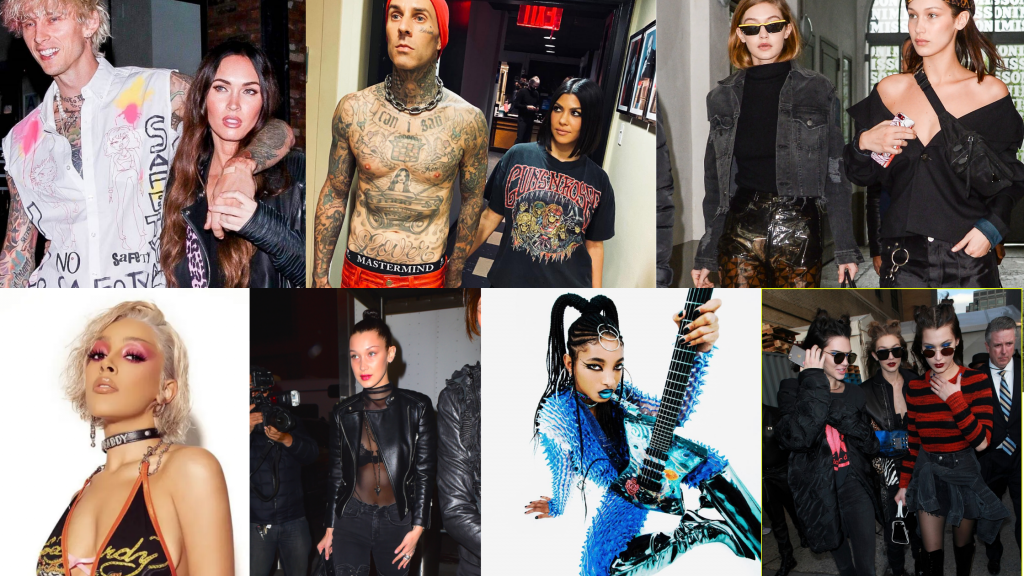 Consider this one domino in the chain. When the influencers we love begin to swap their style, brands tend to jump into action and produce similar looks. This floods the market with edgier choices. Goodbye boring neutrals, hello distressed black clothing.

But it’s not just about the style-makers. Music is core to the emo movement and lately, we’ve seen a lot of OG emo bands make their long-awaited comebacks. The revival of bands such as My Chemical Romance made everyone who went through an ’emo phase’ when they were younger experience a period of nostalgia. We often believe that trends are carried by the youth, but ultimately this wave of 20 – 35-year-olds romanticising their adolescence only helped to usher in the resurgence of emo style. Not only were the 20 – 35-year-old audience reveling in their past, but younger members of Gen Z were also looking on as if they’d missed out on the ‘glory days’.

For those members of Gen Z who didn’t look on past style trends with rose-tinted glasses, modern musicians served up their own version of teenage emo angst. New artists such as Olivia Rodrigo were heavily influenced by the likes of Paramore and Fall Out Boy, which offered Gen Z their own slice of the scene. This proved popular amongst a generation that had been held in a choke-hold by dance and electro for so long. Perhaps people had begun to yearn for more lyrical substance and something with a bit more edge? Perhaps they just fancied something different?

With this in mind, both camps of people began to gravitate towards alternative fashion to match their Spotify playlists. 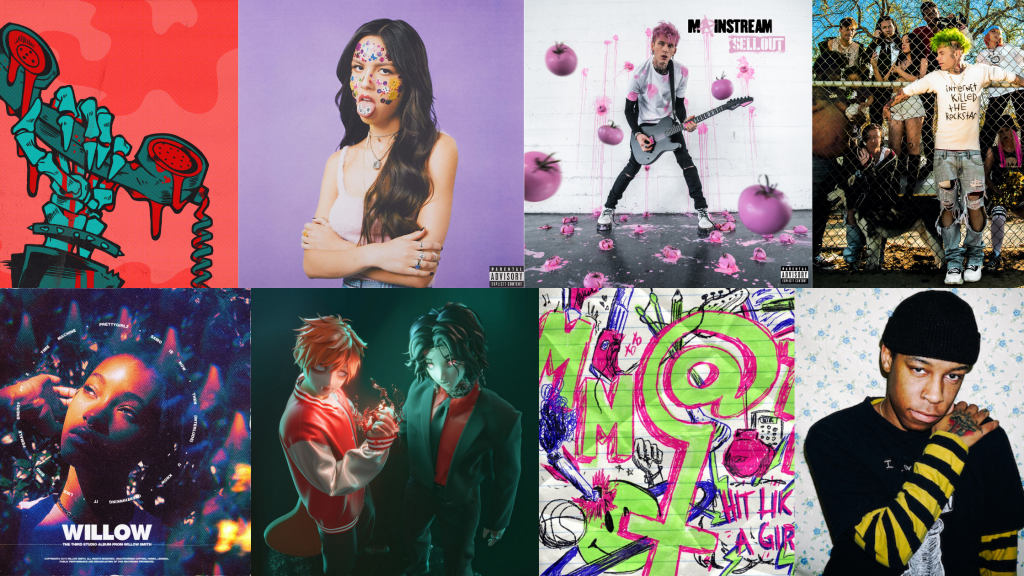 Like everything these days, there’s also a link to current events too. I’m referring to Covid, of course. Let’s not beat around the bush.

When we spent time in quarantine, many of us took the opportunity to revamp our look. After all, when you only have yourself to greet in the mirror every day, you start to dress for yourself. This lead to many of us trying risky style statements such as vibrant hair dye. If you’re not leaving the house, the awkward orange phase of bleaching your hair seems far more bearable. If you’re not allowed to see your friends, they can’t laugh at you for making the mistake of cutting your own bangs. In your own world, you made the rules… well, to a degree.

So we all experienced a moment where we could play around with our own personal style. For some of us, it was the thing that got us through. Whether you noticed it or not, this sort of thing is a teaching lesson that lasts far beyond the days of lockdown. You’ll see everything through a fresh perspective, one that puts your fashion ideals first.

This is the catalyst that allows the other dominoes to fall.

So, is emo here to stay? Well, who can say for sure? After all, you choose what you want to wear ultimately.

But whilst it’s here – no matter how fleeting the resurgence might be – you may as well join in with the fun.